Sin and the way it works can be complicated. One question that gets asked, that I have asked myself, is whether or not being tempted is a sin? We know for sure that acting on temptation is sin, but is the temptation itself a sin? I’ve heard arguments for both possible answers, but I really want to dive into what Scripture says. I’m going to go over a few passages, discuss some observations, and then at the end draw a conclusion based on them.

Temptation is a result of original sin

“Let no one say when he is tempted, “I am being tempted by God”; for God cannot be tempted by evil, and He Himself does not tempt anyone. But each one is tempted when he is carried away and enticed by his own lust. Then when lust has conceived, it gives birth to sin; and when sin is accomplished, it brings forth death.”

So, here we can see that temptation does not come from God, which is important to remember. Temptation comes from our own sinful tendencies. Because of original sin, we are naturally tempted to commit sin. Our hearts are inclined toward evil naturally. We are tempted because we have the capacity to sin and the tendency to choose to sin. Another thing in this passage to note is the word lust, which basically means evil desires here (this is a different Greek word than the one that means sexual lust). We are tempted by our evil or fleshly desires, which can only lead us to sin and death. That is why Paul says in Galatians 5:16 to walk in the Spirit so that we do not “carry out the desire of the flesh.”

“No temptation has overtaken you but such as is common to man; and God is faithful, who will not allow you to be tempted beyond what you are able, but with the temptation will provide the way of escape also, so that you will be able to endure it.”

This passage is a common one that is used when counseling those who are actively struggling with committing particular sins. Paul first points out that the reader is not the only one who has been tempted to sin, it is common to everyone because of original sin. He then says that God has provided us a way to not give in to temptation—which we know from Paul’s other writings is the Holy Spirit. He gives us strength to not give in to the temptation to sin (2 Corinthians 3:17, Romans 8:26).

“For we do not have a high priest who cannot sympathize with our weaknesses, but One who has been tempted in all things as we are, yet without sin.”

This is one of my favorite verses because it is so encouraging. The writer of Hebrews wants us to know that our Lord has been through life just like we have. He says that Jesus was tempted, yet without sin. He says this in chapter 2 as well. So, Jesus was tempted to sin just like us, but unlike us He was holy and did not give in to temptation.

How do we answer our original question then? Is temptation itself a sin? Based on these verses, I would say no. In James 1:15 it says “when lust hath conceived” which in the Greek, that word conceive is a verb which means to seize for oneself. So James is saying that when we choose to give in to our sinful desires or temptations, that is sin. There is an action that is needed to sin. This idea is backed up by Hebrews, where the author said that Jesus was tempted, but did not sin. He did not act on the temptation, and thus He did not sin. Being tempted to sin is not a sin itself, even though that temptation is caused by original sin. Sin comes when we give in to our temptations to disobey God.

To me, this is a humbling revelation, and a comforting one. It is humbling because God is gracious regarding our sinful nature and gives us a way to fight against it. He gives us a choice to resist temptation and live for Him instead of living for ourselves. It is comforting because I have a chance to live for the Lord. I am not subject to evil because God has given me the victory through the sacrifice of His Son. And this gives me so much hope. 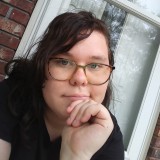